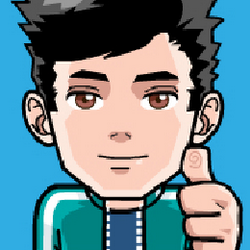 My reasons why I dislike the new Authy beta where they added “better” icon support.

First I thought wow this is a great feature I wished for a long time. Finally, I can add proper icons to all my 2FA services! I started searching the icons for all my now unthemed 2FA entries and was very happy when almost all of them had proper results. Little did I know how this exploration would end…

When I reached Firefox, it found some random thing from the internet that strangely had the same name… I thought well maybe I search for Firefox Browser. This only got me an old version of the Firefox logo. Still alright but not perfect. From there it only went downhill in a rather fast speed. In a rather nice coincidence, I also wanted to add a new service to my already huge list. I scanned the QR code like always. named the entry properly and searched for the right icon which I found instantly. This feature is working really nice I thought. and switched the app. “Authy has stopped working.” Oh, this is probably a beta bug of some sort and I surely didn’t lose any data. I reopen the app and quickly scroll down to the new entry to check if everything is alright. “Authy has stopped working.” I thought shit, hopefully this doesn’t happen again. It did happen again a third, fourth and fifth time… Great! How can this happen?! But hey, it is Authy I have a backup just in case. I backed up the app data just to be sure I didn’t lose anything and then reset Authy. The imported backup was not ordered at all and seemingly random also any icon was not saved. Annoyed I started ordering things and changing icons. After a few sorted entries I left Authy to verify that it didn’t crash and it crashed again. This time I lost all my progress I did since the restore. I wondered why this did not happen before and tinkered a bit around. After several tries I noticed that Authy saved when I just left it running for a few minutes without doing anything. Well, hopefully, this is fixed in the next version. Little Hint, it wasn’t. I re-did the greater part of my entries and then I wanted to continue tomorrow.

The next day I totally forgot that I wanted to sort Authy. I was reminded of the task when I opened Authy to login into some service which did not let me in. I thought about it for a while and then I remembered that it was an a strange Authy proprietary variant of TOTP which has seven digits before and I switched it to normal TOTP a while ago. I turned that proprietary thing off in the settings only to notice that the entry was entirely gone and I couldn’t restore the backup cause the app would crash… Lucky me I still got the backup codes cause otherwise I would have had to go trough a multi day support journey to get my account back. After that I decided to search for a better 2FA app with proper icon and backup support. The only one that I could find was andOTP which luckily has a migration script so that I wouldn’t need to redo every service I had in Authy. I have over 50 services with turned on 2FA which would have taken me several days to redo in andOTP. Not something I was looking for. Now I am sitting right before my computer procrastinating writing this blog post and sorting all my services in andOTP and adding proper tags to them.